Centrally located within the heart of the Central Valley, Tulare County is situated in a delightful and geographically diverse region. There are a variety of opportunities for all-season outdoor recreation such as camping, hiking, water and snow skiing, fishing, and boating.

The County has a growing population of 479,112 and includes an area of 4,863 square miles. Mountain peaks of the Sierra Nevada range rise to more than 14,000 feet in its Eastern half, which is comprised primarily of public lands within the Sequoia National Park, National Forest, and the Mineral King, Golden Trout, and Domeland Wilderness areas. Meanwhile, the extensively cultivated and very fertile valley floor in the Western half has allowed Tulare County to become the top producer of agricultural commodities in the United States.

Visalia, the County seat, is the gateway to Sequoia National Park, home to a variety of recreational activities. The city, with a population of 127,081 is within a four-hour drive of San Francisco and Los Angeles and a 2-1/2 hour drive from California's central coastline. Its family-oriented lifestyle and affordable housing have proven attractive to people from all areas of the state and country.

When California became a state, the government divided California into counties. One of the largest of these was named Mariposa County and it covered the entirety of the middle of the state. In 1852, Mariposa County was divided and the southern part was named Tulare County. Later, Tulare County was again divided, thereby creating  Fresno, Kern, Kings, and Inyo counties.

The county is named for Tulare Lake, once the largest freshwater lake west of the Great Lakes. Drained for agricultural development, the site is now in Kings County, which was created in 1893 from the western portion of the formerly larger Tulare County.

The name Tulare is derived from the giant sedge plant called tule (too-lee), schoenoplectus acutus, in the plant family Cyperaceae, native to freshwater marshes that once lined the shores of Tulare Lake. These native grasses are ecologically important as they help buffer against weather forces and help reduce erosion along with allowing for the propagation of other plant species.

There were many marsh areas in Tulare County before land spectators drained Tulare Lake in the 20th century and settlers began cultivating the land. What was formerly Tulare Lake is dry and the agriculturally rich soil is used for farming, the total gross production value of which in 2019 was $7,505,352,100. 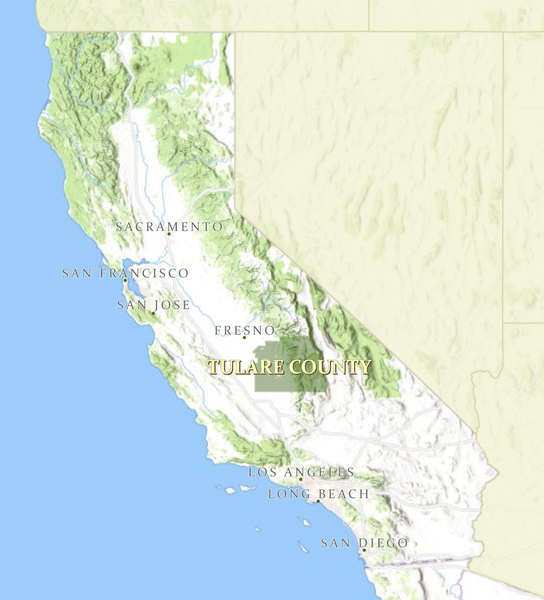 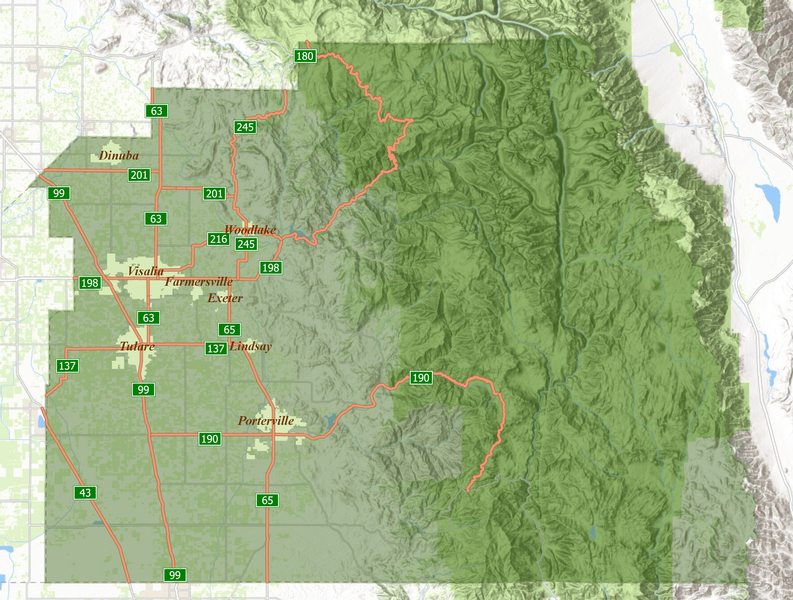